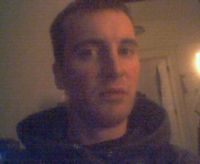 it's a social justice issue, as real as racism, sexism and homophobia. In fact, it's the same problem. Oppressive power structures and the institutions and people that control them disenfranchise and exploit vulnerable individuals. The exploited lose their inherent value; they become of value only so far as they are of value to the dominant group. Their right to choice and self-determination are ridiculed, dismissed and subordinated to the wants and whims of the dominators. ThereÃ¢Â€Â™s a schizoid quality to our relationship with animals, in which sentiment and brutality exist side by side. Half the dogs in America will receive Christmas presents this year, yet few of us pause to consider the miserable life of the pig--an animal easily as intelligent as a dog--that becomes the Christmas ham. IT'S ONLY CONVENTION THAT TELLS US TO EAT AND USE ANIMALS. It's not reason, or need, or anything but outright greed. We have to challenge these customs just as we challenge discrimination based on gender, race, age or s----l orientation. Because it's all the same bill of goods that the power elite want us to accept. Put it this way: if you can make a case for eating a hamburger, you can make a case to defend, gay-bashing and white supremacy. Arbitrary ethical boundaries don't work for the individuals on the other side. Social justice is about stopping brutality and extending consideration to the inherent value of others. By not eating meat and dairy, and not wearing animals for clothing, you acknowledge that animals are complex, thinking, feeling individuals who are denied choices and fundamental freedoms just to feed the greed of human beings. And you deny the system that tells you everything's value is in whether it can be bought or sold. You can strike back even more deeply: by joining or forming an animal-liberation organization, you're throwing the garbage that society calls "decency" and "respectable morals" right back in its' ----ing face. And even if some twisted chun

No preferences defined yet!

FIND Other Singles In
Minnesota 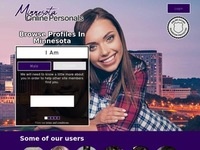